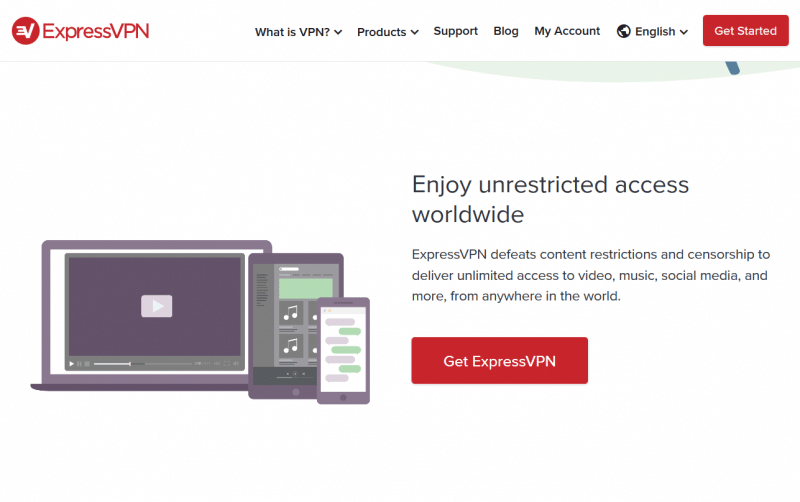 ExpressVPN is a virtual private network. With its speedy, secured, and easy-to-use interface, Express VPN boasts of its ability to keep you anonymous while staying protected. It connects you to the closest best server in just one click. If you want, you could also choose any server to connect to. You can subscribe to ExpressVPN at $8.32 a month.

ExpressVPN offers has over 3,000 VPN servers in 160 server locations in 94 countries. It could also connect you to the fastest VPN connection possible with its Smart Location feature. What this feature does is it ranks VPN location servers according to download speed, latency, and distance. Its VPN Speed Test gives you a list of different server locations to choose from. Aside from the Speed Test, Express VPN comes with a Security Test as well. With this feature, you are able to check how other people could see about you.

Another feature ExpressVPN offers is its Network Lock. This feature maintains your protection in cases when your VPN connection fails for any reason. It blocks internet traffic to maintain your security until your VPN connection comes back up again.

ExpressVPN’s encryption is excellent. The tool encrypts your traffic and makes sure third parties such as your internet provider have no access to your data. ExpressVPN uses Advanced Encryption Standard (AES) with 256-bit keys. This is also used by the U.S. government and other security experts around the world.

Your sidebar area is currently empty. Hurry up and add some widgets.