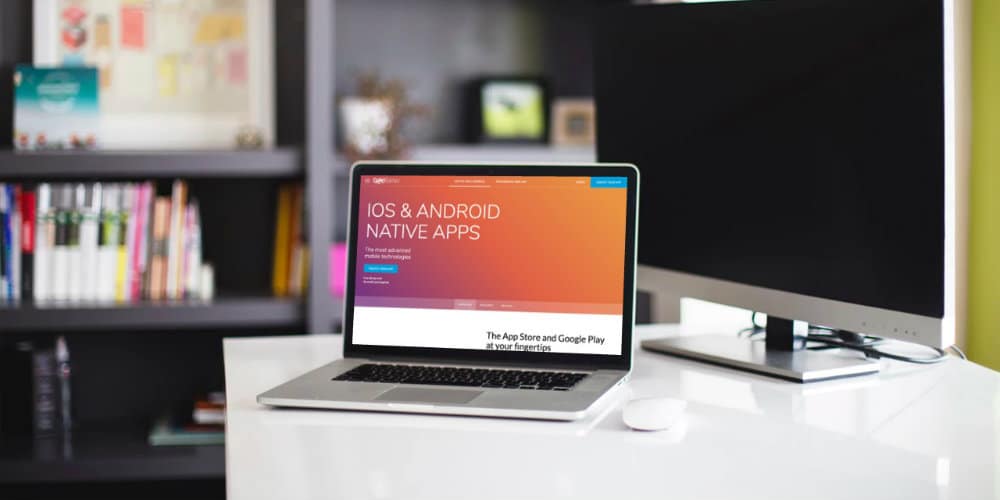 We’ve all had a flash of inspiration for a killer app idea. Maybe it’s something which could change the way a business runs.  It could even have the potential to be a whole new business. Maybe it’s just giving your customers a new way to engage with your brand. The trouble is we aren’t all coders. Today we’ll look at how to get around this by looking at some different app design tools.

What are App Design Tools?

App design tools are basically platforms which take the legwork out of building apps. They typically don’t require any kind of coding knowledge. The aim of the game is to enable anybody to put their great app idea into practice.

Some of them focus on specific niches. For example there are some app builders which are centered around making mobile games, whereas others are aimed more at coming up with enterprise solutions. As such, some will be more suitable for some users.

Since the idea is to eliminate the need for coding skills, ease of use is a massive factor. Because of this, most app design tools use a very visual interface.

Here’s a quick summary of the findings of today’s comparison;

So, you’ll see there’s quite a range of offerings. As always our task is to work out which is best. Or at the every least, which is best for who. Here we go!

First up we have Appery.io. Starting from $60 per month, this is a classic example of an all-rounder. I particularly liked that the whole system is browser based. That means there’s nothing to install, so it’s easy to get started. Additionally, you can tweak your app from pretty much anywhere.

The actual interface is very straightforward. You simply drag and drop elements around the screen. Then, Appery.io generates all the necessary code automatically.

That’s not to same this that it’s light on features though. It’s fully compatible with any REST API, so you can easily add cloud databases and back end functions.

Mobile Roadie is another strong all round offering. However, at $145 per month, it is much more expensive. It’s still a similar format to Appery.io as far as UI and UX go.

There are a couple of nice additional features though. Mobile Roadie supports a large range of media formats. This includes RSS feeds, Twitter and Google News. You can even create an automatically refreshing fan wall to communicate in real time with your users.

The platform is also pretty much language agnostic. This is important, as it means almost unlimited integration options. You can incorporate date or processes in just about any format, including XML, HTML, JSON, PHP and CSV.

Next up, we have TheAppBuilder. This one is a little different in a number of ways. First of all, there’s the price structure. Rather than a fixed monthly cost, this platforms starts from $1.35 per user per month. Whether or not that’s a good thing obviously depends on your goals.

It’s also mainly geared towards enterprise apps. These might include companies intranets or workforce management tools. It’s also useful for applications that are mostly about getting information across, such as itineraries or brochures.

There’s also some really handy training materials. You can quickly get your app put together, and then it’ll be live in as short as 60 seconds.

Appy Pie is the only one of today’s app design tools which offers a free version. The trouble is, without paying you can only create web apps. While the first payed tier supports Android, you have to go all the way up to the Gold level to support iOS.

It has the same drag and drop interface as most similar tools. I like that Appy Pie provides templates based on specific industries though. One great example of this is the appointment scheduler. If you run a restaurant, salon or even a dentist’s office this is fantastic, as all you have to do is add your own branding.

For $32 per month, Good Barber is a solid offering for very reasonable money. The only problem is, once again, you have to upgrade to a pricier plan to get iOS support. Still, it’s excellent value for money if you only need to build for Android.

This is another of our app design tools which offers a good range of templates to get you started. An extra selling point is access to a decent range of visual assets. This includes some very impressive native icons as well as full access to Google Fonts.

Your finished masterpiece can also be exported as a progressive web app, so you can ensure consistency across all of your digital contact points.

Last up we have BizznessApps. Starting from $99 per month, this one is aimed firmly at small eCommerce businesses. That means you can easily implement features like wish-lists, shopping carts and product reviews without having to create them manually in the back end.

I also particularly liked that you can preview your app as you make changes in real time. This just feels a lot more intuitive and less frustrating than switching between an editor screen and a preview.

Crucially, there’s a big focus on third party integrations. This is really important for all kinds of functions in eCommerce, as you need to be able to automatically report back to your CRM or inventory manager.

So, how to wrap up today’s app design tools rundown. As I said, there are clearly options which are more suited to certain applications than other. This is great, but it makes picking a favorite that little bit harder, doesn’t it. If pushed, I’d probably point to Appery.io or Good Barber as very good but reasonably priced all-rounders.

I'm a specialist technology copywriter and blogger, originally from Belfast in Ireland. When I'm not writing about software, I'm also a massive folk music nerd.