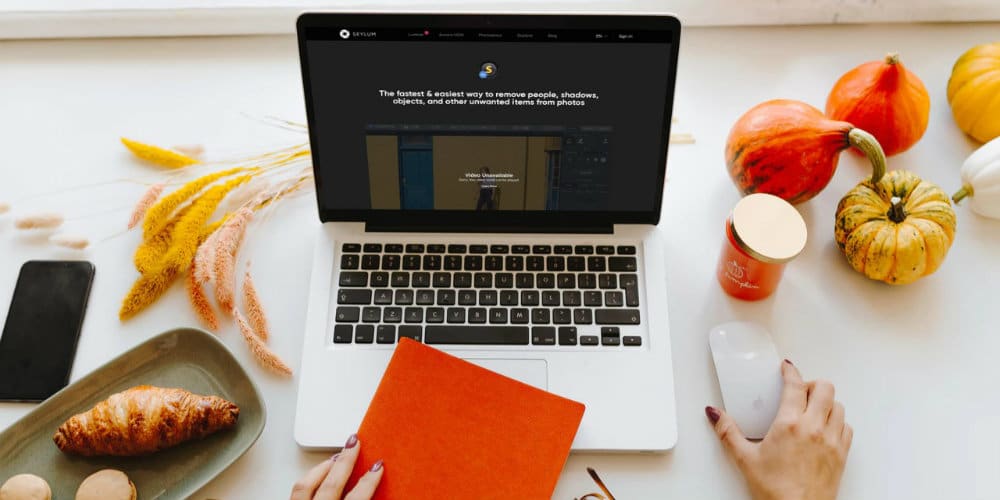 The online space has only gotten more visual. But sourcing quality images doesn’t come cheap. Today, we’ll look at getting the most out of your own photos in our Snapheal review.

There’s plenty of reasons to go down the DIY route for sourcing images. Maybe you don’t want to splash out on stock assets. Or maybe high res laptops and coffee cups just aren’t appropriate for your adventure blog.

Unfortunately, we’re not all Annie Leibovitz. Plus, let’s be honest most of us are shooting on iPhones, and Photoshop is harder than it looks. There must be a way to make our images web ready without breaking the bank.

With that in mind, let’s take a look at what Snapheal can do.

Snapheal is a lightweight image editor for macOS. By lightweight, I mean it’s aimed at doing a couple of functions well. That way you can get the results you want without needing a degree in graphic design.

The first of these functions is removing unwanted objects and clutter. The second is enhancing the remaining elements. There are also a couple of more general image editing tools included.

Think along the lines or cropping, red-eye removal and resizing. In theory, this means that Snapheal could do all of the image editing you could need. That’s in theory anyway, let’s take a look in a little more detail.

So in this Snapheal review, we’re trying to figure out if it’s good enough to make your original photos a better option than using stock. I want to focus on removing object first, since this is probably the trickiest thing to do manually.

Photoshop veterans will be used to selecting the offending object with the lasso tool, deleting it and then filling the empty space with the clone tool. Easier said than done.

Snapheal takes a slightly different approach. I’ve never loved the lasso approach. In Snapheal, you use a marker to highlight the object you want rid of, and then refine the outline with an eraser.

And what about replacing it? Well, Snapheal has this covered. Rather than you having to patch something together, a little bit of AI magic replicates what it thinks was behind the object, based on the rest of the image.

I found that this was possible even with fairly complicated images, but sometimes it took a few attempts, using the different erasing modes.

Onto the other main feature in today’s Snapheal review. The adjustment options are fairly basic. That’s not a criticism though. Only being able to adjust the key metrics is an asset for non-specialists, as it’s harder to get lost or overwhelmed. I’m all about ease of use.

The same adjustments are also available under the ‘Retouch’ tab. The difference is you can select specific areas to be affected. This uses the same marker and eraser interface as the object erasing tool.

There are a couple of extra tools here too. A couple I’d like to highlight (pun intended) are blur and opacity. These are useful for creating a rich depth of field, giving your snaps a more professional feel.

This is a bit like creating masks in Photoshop, but without the layer-based interface. Instead, Snapheal has a before and after button. This allows you to side-by-side each individual edit as you go along.

Maybe the standout feature of this Snapheal review is its use as a plugin. Rather than acting as a standalone product, this lets you use some of Snapheals key features in Photoshop, Lightroom, Aperture or Photos.

To me, this seems like a great option to get the most of these more powerful suites, while still utilising Snapheal’s frankly much more user friendly selection tools.

Onto the part of this Snapchat review where we explore some shortcomings. And there are a couple of shortcomings, if not full on problems.

First, the elephant in the room. Snapheal is only available for macOS. Sorry Windows users, not for you. Similarly, the lack of a mobile version seems like an omission, given that many users will be shooting on their phones.

Functionally, there are a couple of areas where Snapheal could improve. In terms of adjustments and retouching, it would be nice to have a couple of preset options or filters. Even better, they could offer the option to save your own presets for macro-editing.

Finally, there are a couple of situations where Snapheal’s object erasing doesn’t seem able to compete with doing the job manually. In my example photo above, I struggled to convincingly remove the hula-girl because of here reflection in the wind shield.

In fairness, this would also be pretty difficult and time consuming in Photoshop too. However, I want to stress that 99% of the time Snapheal is more than capable of doing the job.

So, who is Snapheal a good option for? To me, it seems like the ideal solution if you want to do basic editing quickly and without needing to memorise a million hotkeys. Additionally, being able to use it as a plugin for more powerful packages means that Snapheal could be a godsend for those of us working on laptops, where lasso tools are frankly a nightmare.

Every week we shortlist the best lifetime software deals on the web for you from sites like Appsumo, StackSocial and more. To access these deals head over to our homepage. You can find more software reviews on the Launch Space blog.

I'm a specialist technology copywriter and blogger, originally from Belfast in Ireland. When I'm not writing about software, I'm also a massive folk music nerd.